I've been a reviewer for Amazon for almost a year now. What that means is that I am given promotional codes to order products via Amazon at a discounted rate, often free, and in exchange I provide an honest review. This is a standard practice for Amazon products and there is a whole list of Terms of Service (TOS) you must abide by. Further the FTC has their own rules on reviewing of products. I follow every Amazon TOS and every FTC rule in the book. The products are all ones that I use, I give my honest review, and I always mention in my review (and blog post) that the product was received in exchange for a review.

Over the span of almost a year I have received over 1700 products and written high quality, honest, and verifiable reviews for each one of them. Some of them were supplements that I tried out and others were just general products (electronics and such). I have worked with Facebook groups to get on the promotional code list and various other sites that promote these types of products. I abide by all their rules and regulations as well.

I'm a single mom with two kids that works her behind off to provide a good life for my kids. Having the opportunity to review products like this has been a blessing on my family. You can imagine my heartache when 8 days ago I logged on to my amazon account to find that all of my reviews were gone; every single one of them.

I'd heard of reviewers having their accounts wiped before, but never thought I'd be one of them because I do everything as I'm supposed to. I immediately reached out to Amazon to figure out what happened with my account.

After daily chats with Amazon reps I got an "answer"... The first email I got was on February 29, 2016; I'm being accused of manipulating the reviewing system.

My heart sank... I'm thinking... What in the world? Manipulating the review system? All the reviews I write are honest, some were 3 star, some 4, and others 5. A lot of the products I got were good products so they got a 4 or a 5 star review. I used all the products I was reviewing and was 100% honest with my reviews. I never worked directly with any seller to manipulate the system and always made sure I followed the TOS and FTC rules.

I have a paper trail of the nine chats I've had with Amazon reps as well as the second email I got just today. Another generic email with no information other than the ridiculous accusation of manipulating the review system. 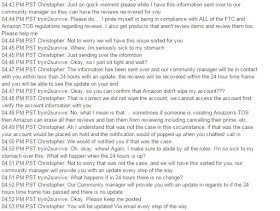 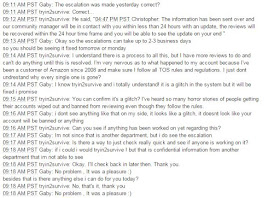 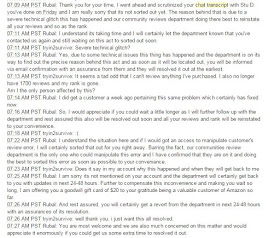 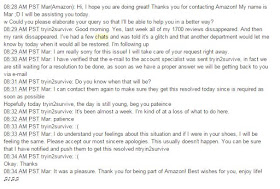 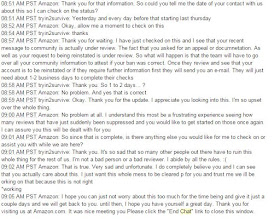 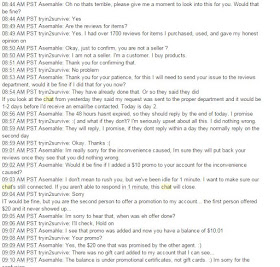 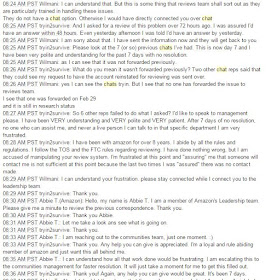 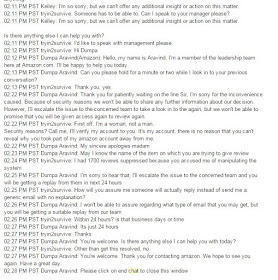 You can see by the screenshots of the various chats that I've had that it was initially stated by Amazon as a glitch in their system. They assured me on more than one occassion that it was a glitch and I wasn't one of the accounts that got wiped. I re-assured them that I follow all the rules and they truly seemed to care about my problem. Until today...

After the second accusatory email from Amazon and the chat questioning the email I was told there was nothing they could tell me further on the matter. I demanded management, of course, and still got no where other than a promise of escalating it to another department and waiting 24 hours for a reply.


The difference between me and those other people is that I will not stand for it.

I want proof and documentation of the accusations they so harshly accuse me of. I want to see where it is that I went wrong. I'm an honest person and will be the first to admit that I made a mistake if they would just show it to me.

The only thing I can think of is that one of the sellers that I ordered from made a mistake, or went against Amazon's TOS and as a result I am paying for their actions. Except I don't work with sellers, I don't work with anyone; I get promotional codes from various sites and order the products in an allowed manner.


I'm not alone in this battle against Amazon and their review suppression...

Such a sad situation... I'm heartbroken, I'm at a loss, I demand an answer from them.